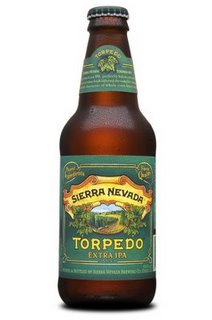 Pours into a tulip glass with a huge fluffy, nearly tan head – very nice. The lacing is strong and thick. The aroma is strong on the hops. It is very bitter on first taste and never really smooths out but after a few sips and as the palate starts to evolve a slight malt backbone comes out. A very impressive selection from Sierra, especially for a hop head. I really surprised my self rating a Sierra this high. It certainly could use a bit more depth but that isn’t what this one is about.

The Wall Street Journal is reporting that sales of beer have gone flat in emerging countries. You can read the full article here. The author, David Kesodel says that beer sales in emerging economies are cooling, sapping a key source of profit growth. The abrupt weakness, especially in Eastern Europe, is putting pressure on brewers’ profits and could accelerate consolidation in an industry that has seen several multibillion-dollar deals in the past few years. Here is an outake:

Carlsberg AS Wednesday said unit volume in Russia, where it has a major presence, fell 1 percent in the third quarter.

And London’s SABMiller PLC – which has one of the heaviest presences in developing markets – next week is expected to report slowing growth in some of its markets when it reports earnings. Three of its worst-performing markets are Russia, Colombia and South Africa.

Anheuser-Busch Cos Inc. said Thursday its third-quarter profit fell 5.7 percent due to charges for its pending sale to InBev SA, but sales rose in the quarter and the nation’s largest brewer gained market share. The maker of Bud Light and Budweiser said it earned $666.1 million, or 90 cents a share in the three-month period ending Sept. 30. That compares with profit of $706.7 million, or 95 cents a share, a year earlier. St. Louis-based Anheuser-Busch said its earnings include pretax charges of $166.2 million associated with its sale to the Belgian brewer and a retirement program, and gains of $15.3 million from the sale of distribution rights for Grolsch. When stripping those out, the company earned $1.05 a share, which beat analyst estimates by a penny, according to Thomson Reuters. Analysts generally exclude one-time items. Net sales rose to $4.92 billion from $4.62 billion last year, ahead of analyst estimates of $4.88 billion. Anheuser-Busch shareholders are set to vote on the deal next Wednesday. InBev shareholders have already approved the deal.

Shares of Anheuser-Busch rose 45 cents, less than 1 percent, to $64.08 in morning trading Thursday. The company said its U.S. shipments to wholesalers rose 2.3 percent in the quarter and sales to retailers grew 3.6 percent.

For the past two days this has greeted users: “We’re coming back”. According to the rest of the message they will be back soon but in the form of a limited test. From Everything I am hearing they were hacked (had a security breach) that was pretty bad.

The Associated Press is reporting that Boston Beer Co., which brews Samuel Adams beer and other beverages, on Tuesday reported a third-quarter loss, reversing a year-ago profit, as costs for ingredients and packaging materials rose. The company also opened a new brewery, booked more charges related to a recall earlier this year and cut its profit forecast for the full year, sending shares falling in aftermarket trading. For the three months ended Sept. 27, the brewer said it lost $295,000, or 2 cents per share, compared with a profit of $3.2 million, or 21 cents per share, in the corresponding period a year ago. The results included a charge of $1.2 million, 8 cents per share, resulting from shortfall fees at other brewers as a result of moving some production to its new Pennsylvania Brewery, and $1.2 million, or 8 cents per share, resulting from additional costs of a recall of certain glass bottles in April.

Revenue rose 20 percent to $101.1 million, from $84.1 million last year. Analysts polled by Thomson Reuters, on average, expected profit of 28 cents per share, on revenue of $102.5 million. Boston Beer said sales of cases to retailers rose by 12 percent for the quarter, and that pricing has increased about 5 percent year to date. The company recorded double-digit growth in Samuel Adams seasonal beers, Twisted Tea and its Samuel Adams Brewmaster’s Collection. The company said it expects minimal charges from the recall in 2009. Recall costs rose to $22.9 million, from the previously announced $20.6 million, due to more returns than expected. About 790,000 cases have been returned as a result of the recall, and 200,000 other cases were pulled out of circulation before being shipped. Boston Beer spent $33.1 million on improvements to the brewery near Allentown, Pa. As a result of moving production to the new site, the company will not meet minimum production requirements spelled out in deals with some other brewing companies, resulting in the charge. Shortfall fees in 2009, if any, “will be significantly less,” the brewer said.

News: Ratebeer is having big problems once again

RateBeer.com is down once again and it looks serious but then again it has looked that way again. This message greets users:

RateBeer Security Timeout
Thank you!
The community response has been overwhelming.
Thanks to all of you who sent us help, beer (yeah!), offered advice,
sent us your hard earned dollars, pounds, crowns, pesos and euros,
offered help, words of encouragement, and simply toasted us all here in the trenches.
We are now very close to meeting today’s goals of having a plan and the money to execute it.
I hope we can be back in a limited way in less than three days but
this is really up to our security advisor. I want to be absolutely
certain we’re offering our users a safe environment before we open
our doors. I’ll send updates here and to the ratebeer community at facebook.
cheers,
Joe
Donations: joet@ratebeer.com
http://www.paypal.com/cgi-bin/webscr?cmd=p/ema/index-outside
Cheers,
Joe
p.s. thanks for all your support and understanding. 82 was compromised so it was closed.

Not sure if they are getting hacked or what. It is really too bad as I rely on them for cataloging. I may finally have to switch to my own database, meaning I need to create one first. I started off years ago with an Excel spreadsheet but it got a bit cumbersome. I also like cataloging my cellar with ratebeer. I use Beer Advocate but it is a bit more complex and more then I need to organize myself. So, I’m not quite sure what they need money for but they are asking for it.  I’ll keep you posted.

Coors Banquet beer is celebrating its 135th anniversay and still is made with a recipe of high-country barley and Rocky Mountain water that is essentially unchanged from what Adolph Coors and Jacob Schueler first called “Golden Lager” when it debuted in 1873. Or whatever they say. 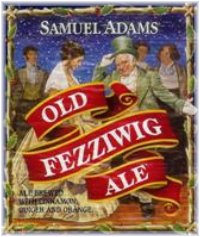 Pours a dark brown into a pint glass with a nice looking head. The head leaves quickly but the beer still remains looking very good. You can pick up sweet caramel in the taste along with some nuttiness. The flavor is sweet and nutty, much like the aroma. It is a bit under carbonated and a little two sweet and flat but tasty. I enjoyed but I think I could have more with a few minor tweaks.

Let the doors of Christmas open up, wow. Pours a dark amber with a nice head that recedes quickly. It smells of Christmas spices and caramel. On first taste it is also quick spicy. The spices never quick leave your lips or palate. It is also quite easy to pick up both the aroma and flavor of nuts and toffee. As I said the spice sticks on your palate for a nice warming feel. A very good seasonal.